Mountain biking in the Portes du Soleil : with more than 600km of mountain bike trails, whether you're a cross-country rider on a semi-rigid or a freerider on a big DH, you'll find plenty to enjoy! The icing on the cake? All the slopes and lifts of the domain are accessible with a single pass! And with the Portes du Soleil Summer app, it's impossible to get lost.

Features of the application 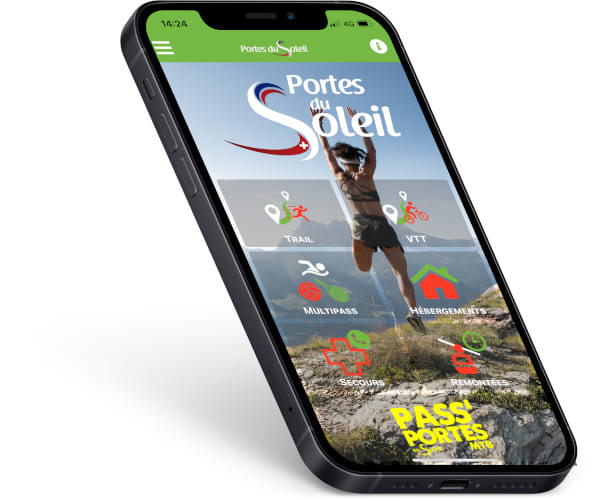 An account on Trace de Trail will allow you to benefit from additional functionalities, to download IGN and Swisstopo maps if you wish... No more apprehension, go for the conquest of the summits !